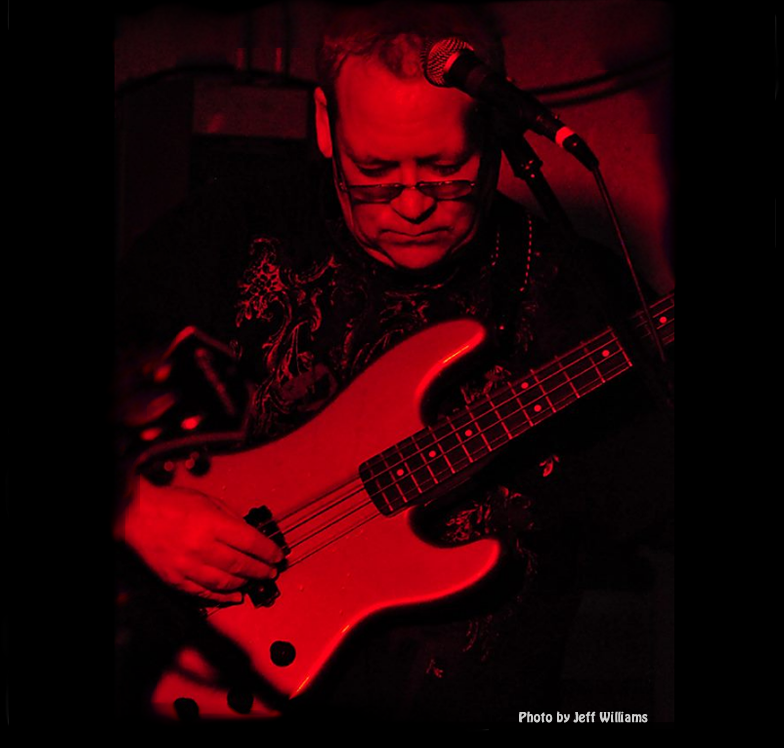 A veteran musician ever since Mike could hold his dad's guitar (Sometime around 1960). Born and raised from Newport News, VA and grew up in a musical family. Landing in the Tampa Bay area in the late 60s.

Mike started studying and performing music at an early age as a guitarist vocalist. Only to find his true calling, in music, as a bassist (early 70s). Developing his own unique style with combining Latin, Rock and Roll, Rhythm and Blues, and life.

Mike has performed through out the southeastern region US. mostly up and down the Florida cost lines (Mid 70s to present).

Being a musical performer, Mike's creative musical abilities have led him to become more than a basic root bass player. So, be warned; he will proudly boast that he has "pisses-off" a few players from time to time.

Also enjoys: Computer programming, a good dinner, the movies, and outdoors things like: hiking, camping, playing in the snow, and boating.


This Website Application and all content is Copyrighted ©2002 - 2021
and owned by and developed by Michael L. Capps
All rights reserved.